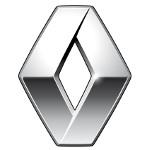 Renault is a French multinational automobile manufacturer established in 1899. The company produces a range of cars and vans, and in the past has manufactured trucks, tractors, tanks, buses/coaches, aircraft and aircraft engines, and autorail vehicles.

According to the Organisation Internationale des Constructeurs d'Automobiles, in 2016 Renault was the ninth biggest automaker in the world by production volume. Until 2017, the Renault–Nissan–Mitsubishi Alliance had become the world's biggest seller of light vehicles.

Is it all you have in Renault spare parts stock?

What if the spare part doesn’t fit my Renault car?